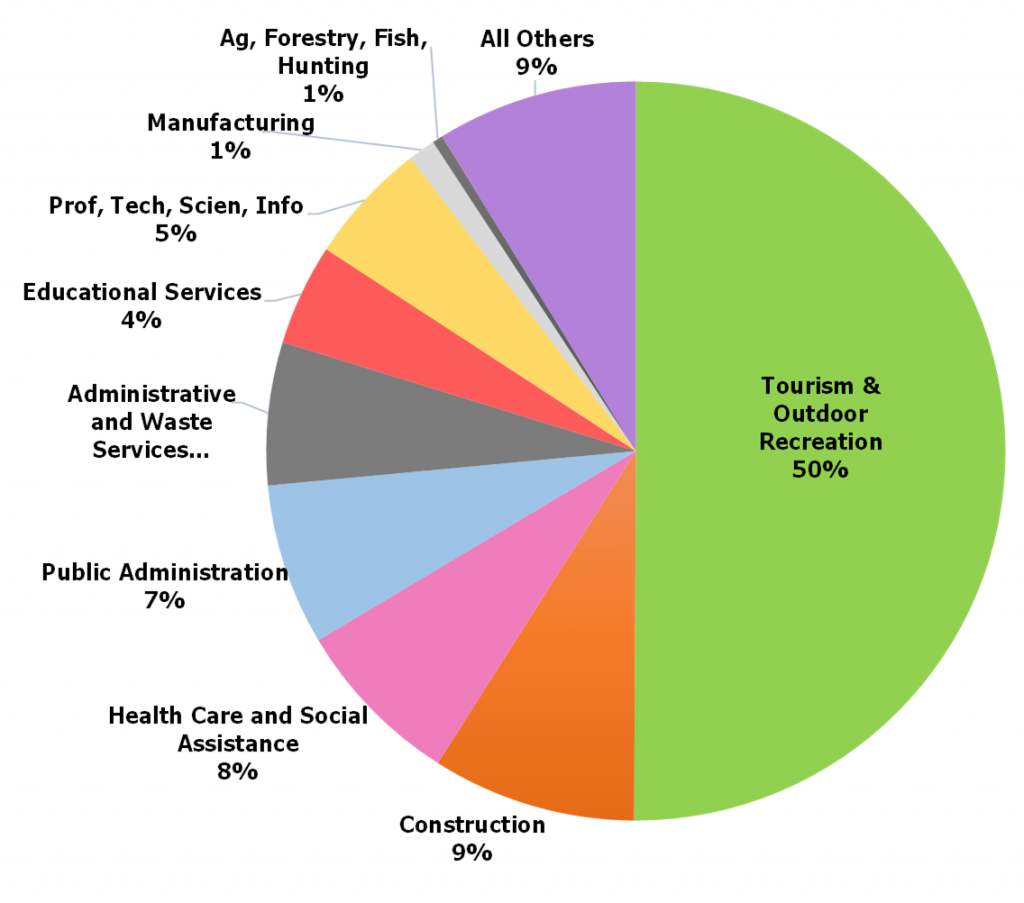 The June 2021 Regional Economic Update, which presents the most up to date jobs and wages numbers published by the U.S. Bureau of Economic Analysis, Quarterly Census of Employment and Wages (Q4 2020), provides jobs and wage data on October, November, and December of 2020, representing the beginning of the ski season and the last two weeks in December which typically is one of the busiest times of the year for our region’s tourism-based economy.  During this time, pandemic restrictions were in full force. Restaurants and bars were required to operate at reduced capacity; ski areas also had capacity restrictions and initiated reservation systems;  there was a statewide mask mandate in place, and air travel was being highly discouraged.    Due to these restrictions, the region experienced significant job loss in the accommodations and food services, and arts, entertainment, and recreation sectors (loss of 7,927 jobs year over year).  Despite this loss, tourism and outdoor recreation continues to be the dominate sector in the region, accounting for 50% of all jobs.

Due to the public health restrictions put into place due to the pandemic, businesses had to operate with reduced staff, and the region lost 2,998 of its labor force.  As jobs and labor force decreased, wages increased.  Each county reported wage increases, with four out of five reporting double-digit percentage increases.  The average annual wage increased in the region due to the loss of almost 8,000 tourist sector jobs, which are some of the lowest paying jobs of all the industries in the region.  The loss of jobs in this sector brought annual average wages up.